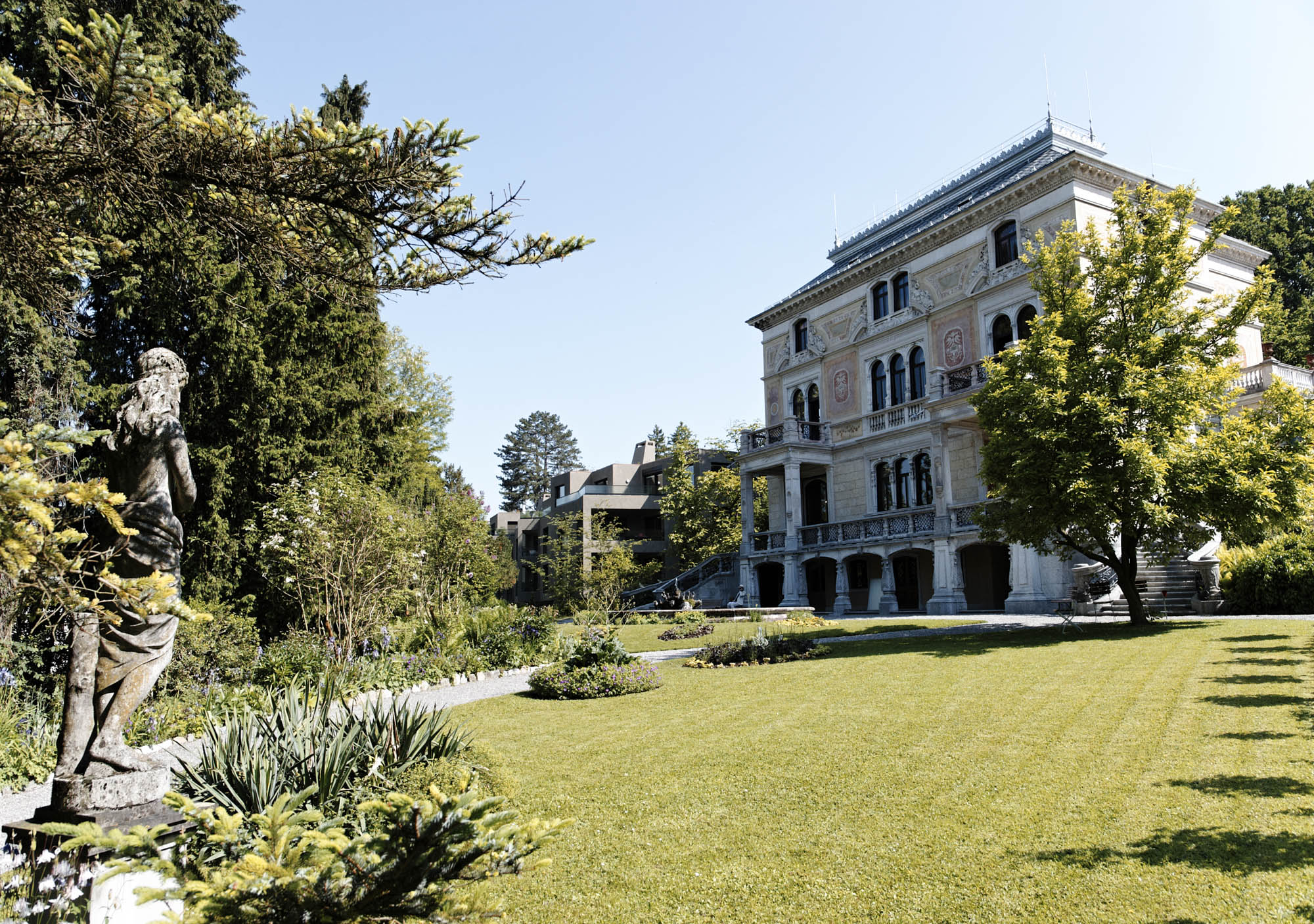 The merchant Carl Fürchtegott Grob had Villa Patumbah built in 1885 by the well-known Zurich architects Alfred Chiodera and Theophil Tschudy. The magnificent historicist-style building bears witness to Switzerland’s colonial ties: Grob lived from 1869 to 1879 in Sumatra, which at that time belonged to the Dutch Indies, and gained tremendous wealth through the operation of tobacco plantations. Numerous Swiss like Carl F. Grob profited from the existing colonial structures and from thousands of plantation workers employed under precarious conditions. 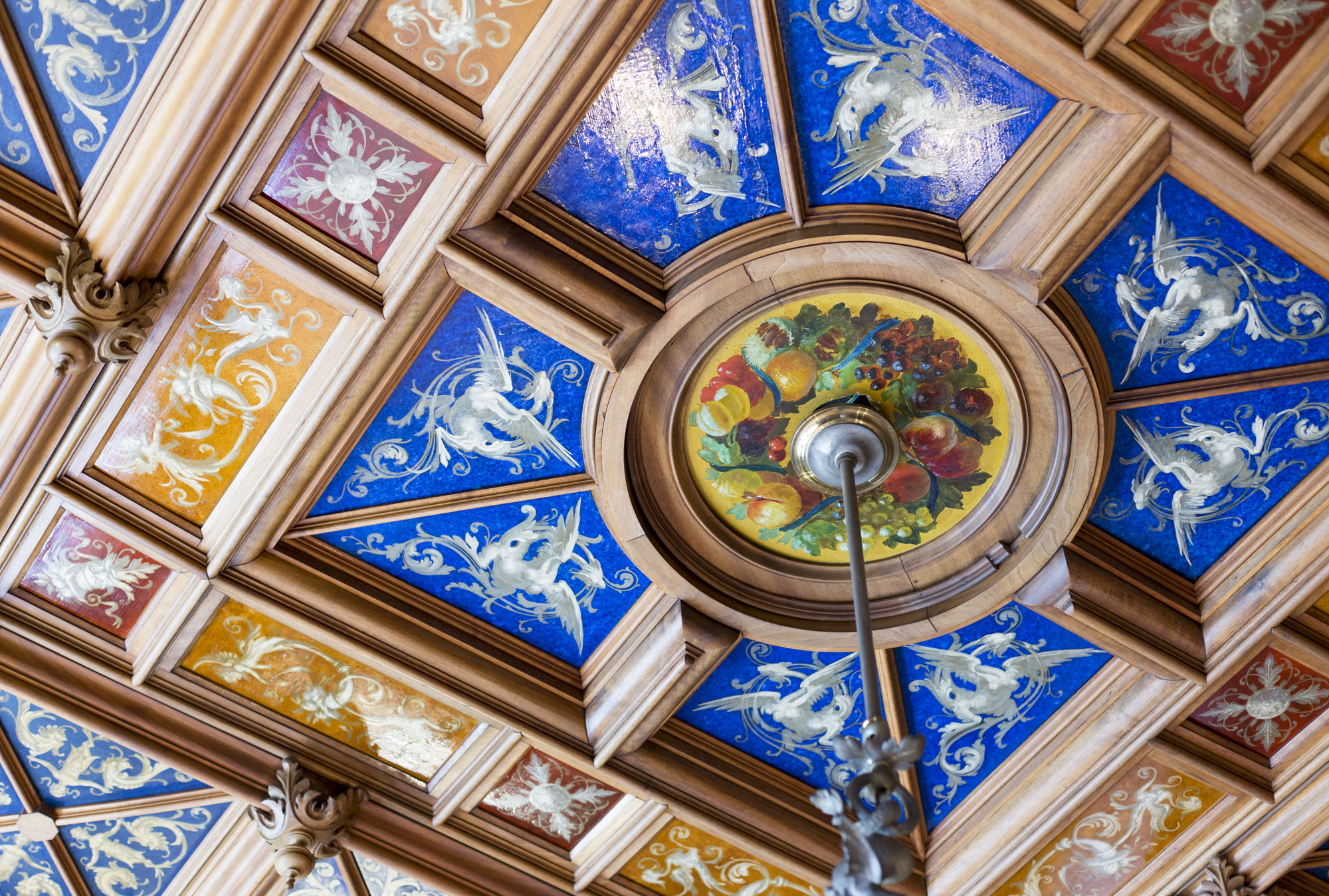 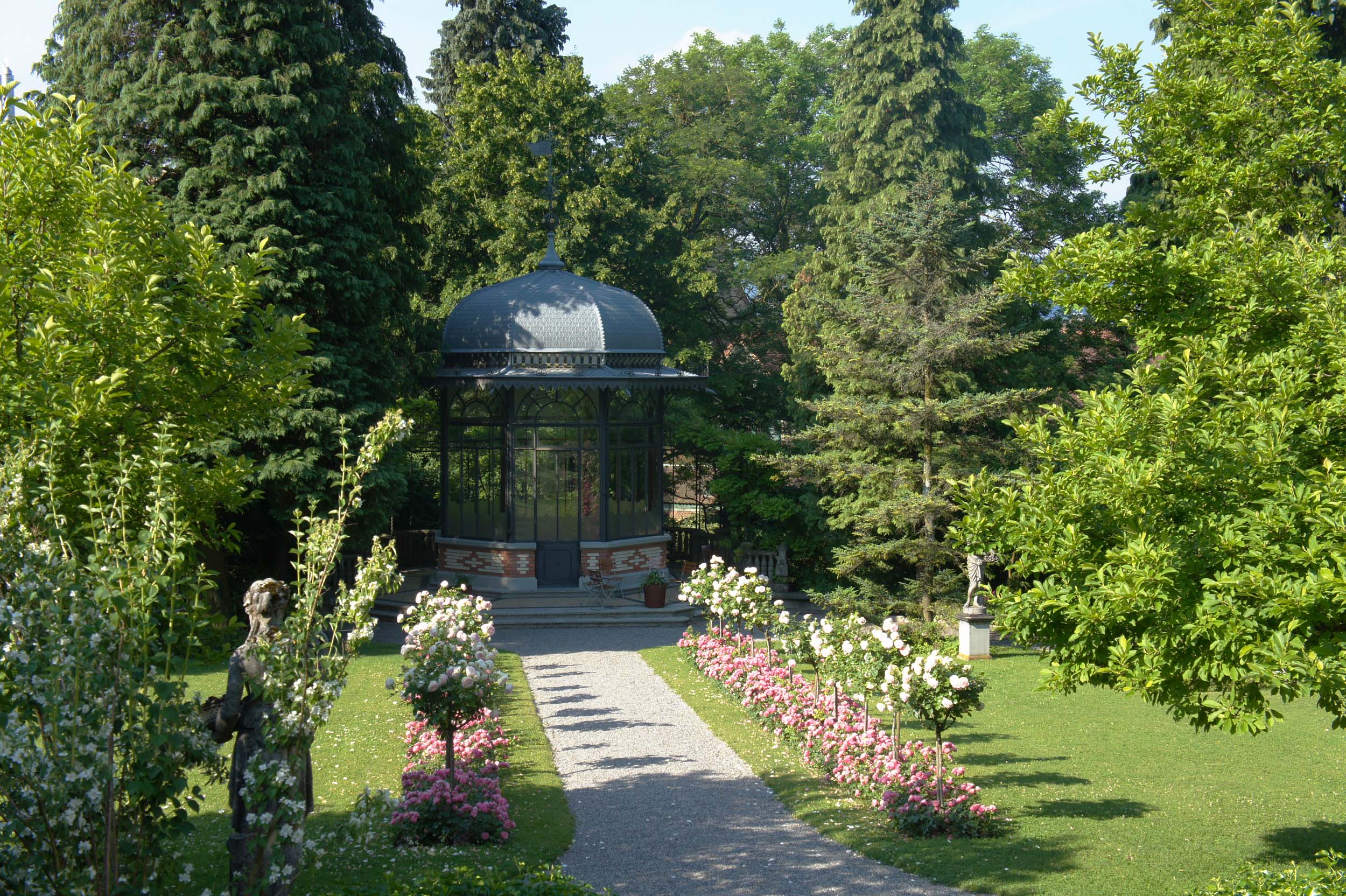 In designing the villa, the architects combined stylistic elements of the Renaissance, Rococo and Asian art to create an opulent synthesis of the arts. The Villa Patumbah was among the new villas constructed in the municipality of Riesbach and one of the most expensive private buildings in Zurich. 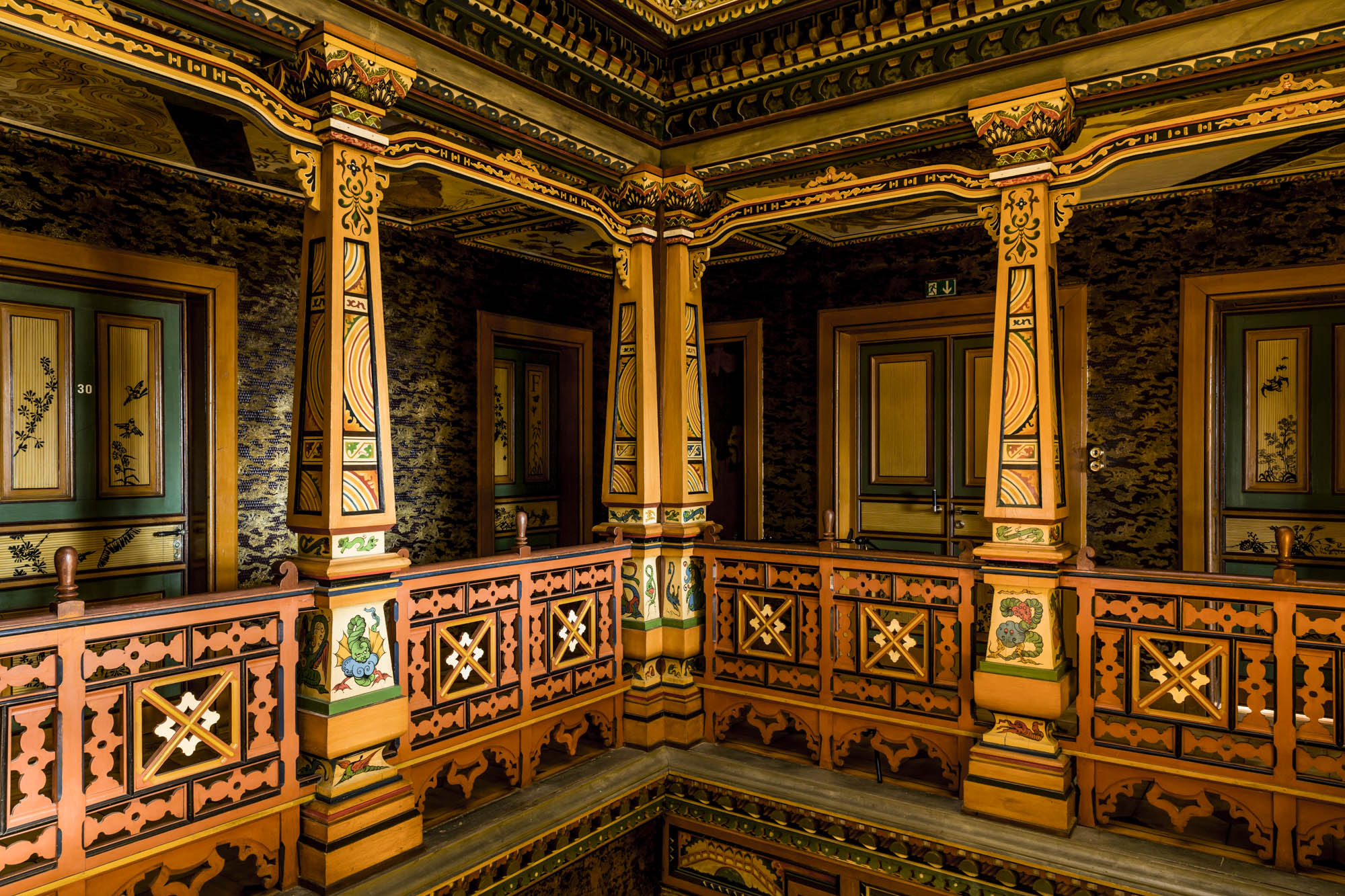 Following Carl F. Grob’s death in 1893, Grob’s widow Anna Dorothea Grob-Zundel and her two daughters donated the villa in 1911 to the social welfare institution Diakoniewerk Neumünster, which operated a nursing home on the premises for many decades. When demolition plans became known in the 1970s, the City of Zurich took over the building. The Patumbah Foundation has owned the villa since 2006, carrying out a careful renovation of the structure in cooperation with the cantonal monument preservation authority and the architectural firm Pfister, Schiess, Tropeano. The Swiss Heritage Society has rented the villa since 2013 as the headquarters for the Swiss Heritage Center and its offices. 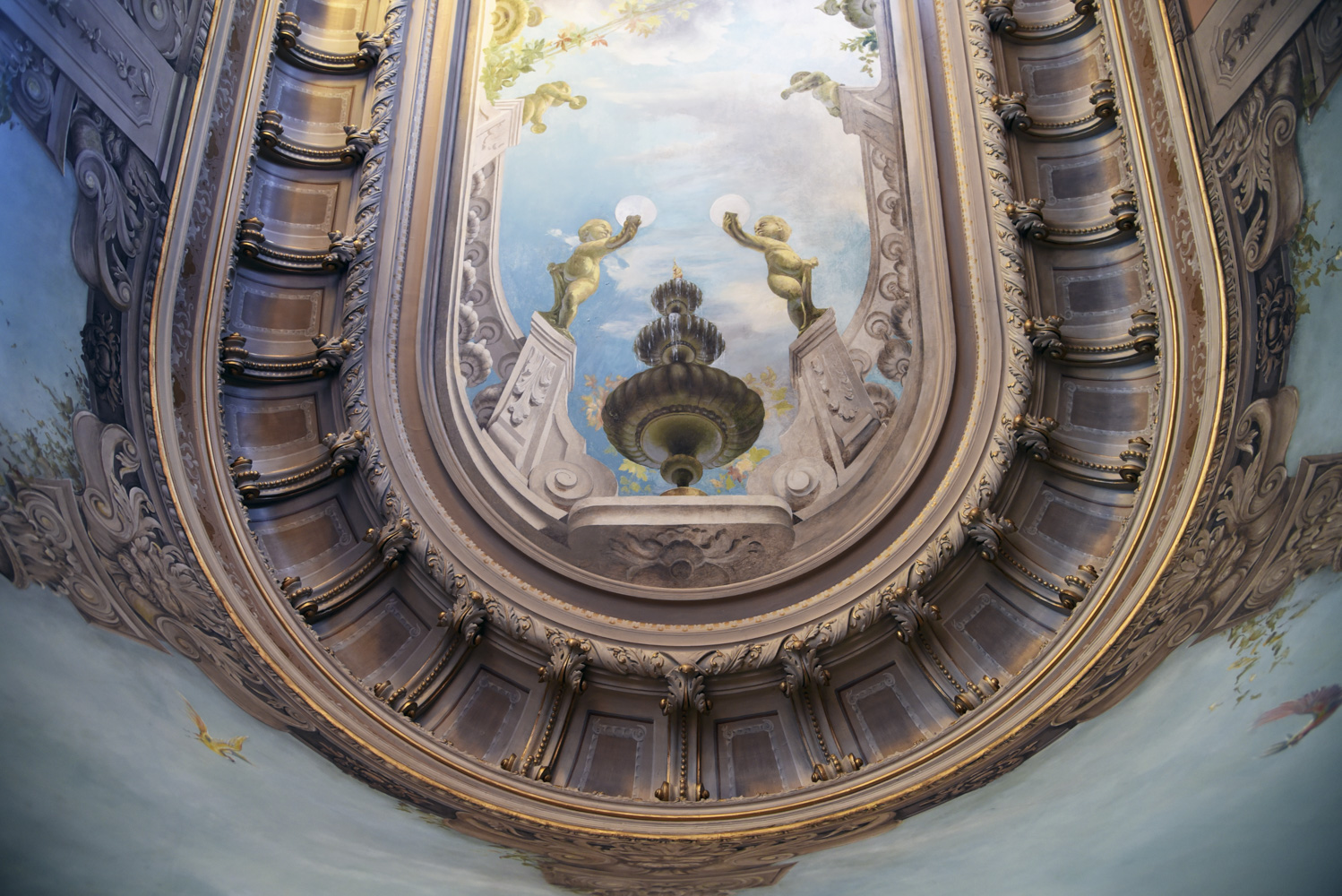 Patumbah Park is a municipal green space, which is open to the public during the day all year round. The park was designed in 1890/1891 by the landscape architect Evariste Mertens, who had a decisive influence on Zurich’s garden culture. It is in the style of English landscape gardens, in which “natural” landscaping is combined with geometric ornamental elements. The layout of the pathways with their expansive swooping curves is characteristic of this type of garden. 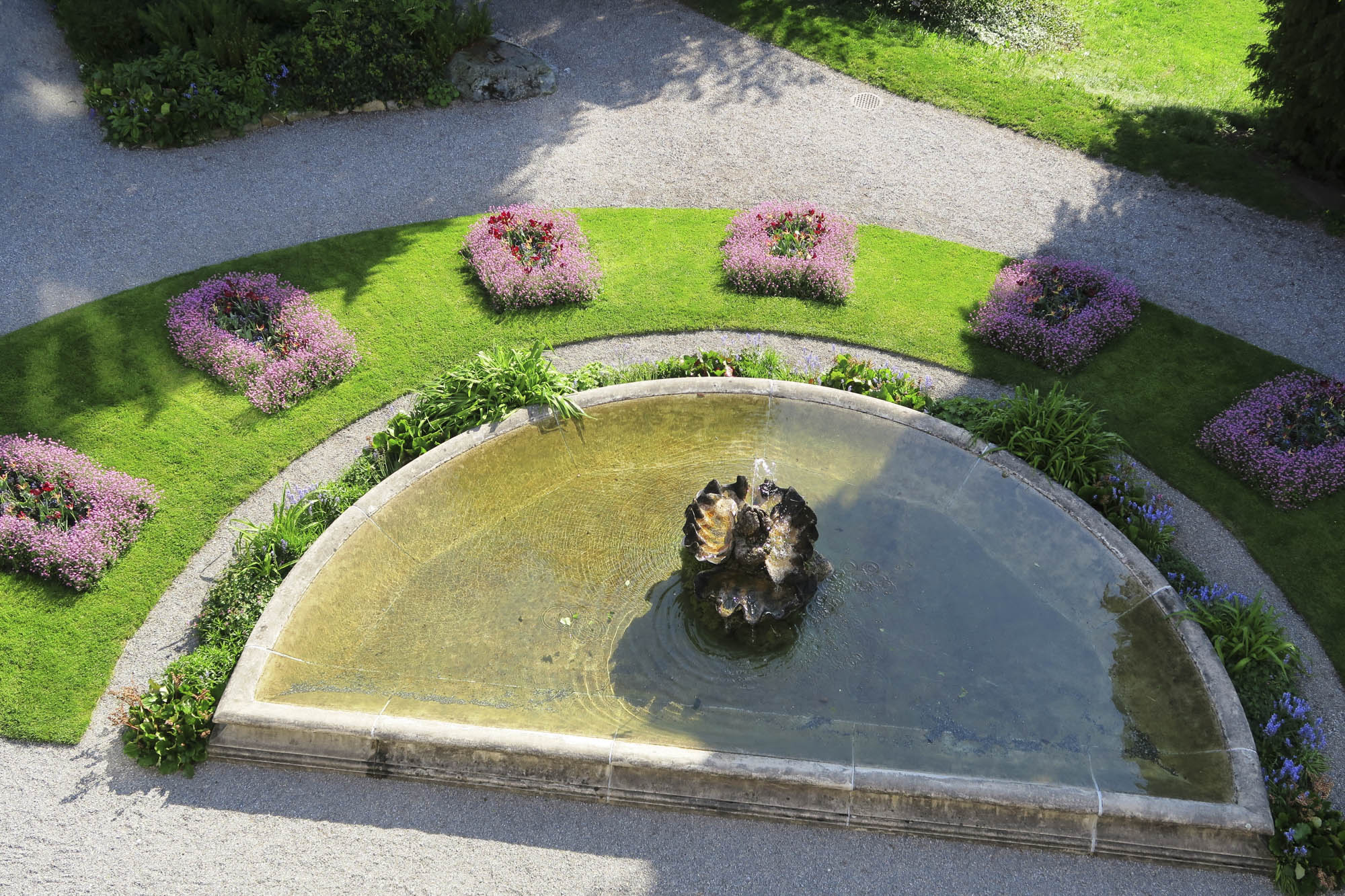 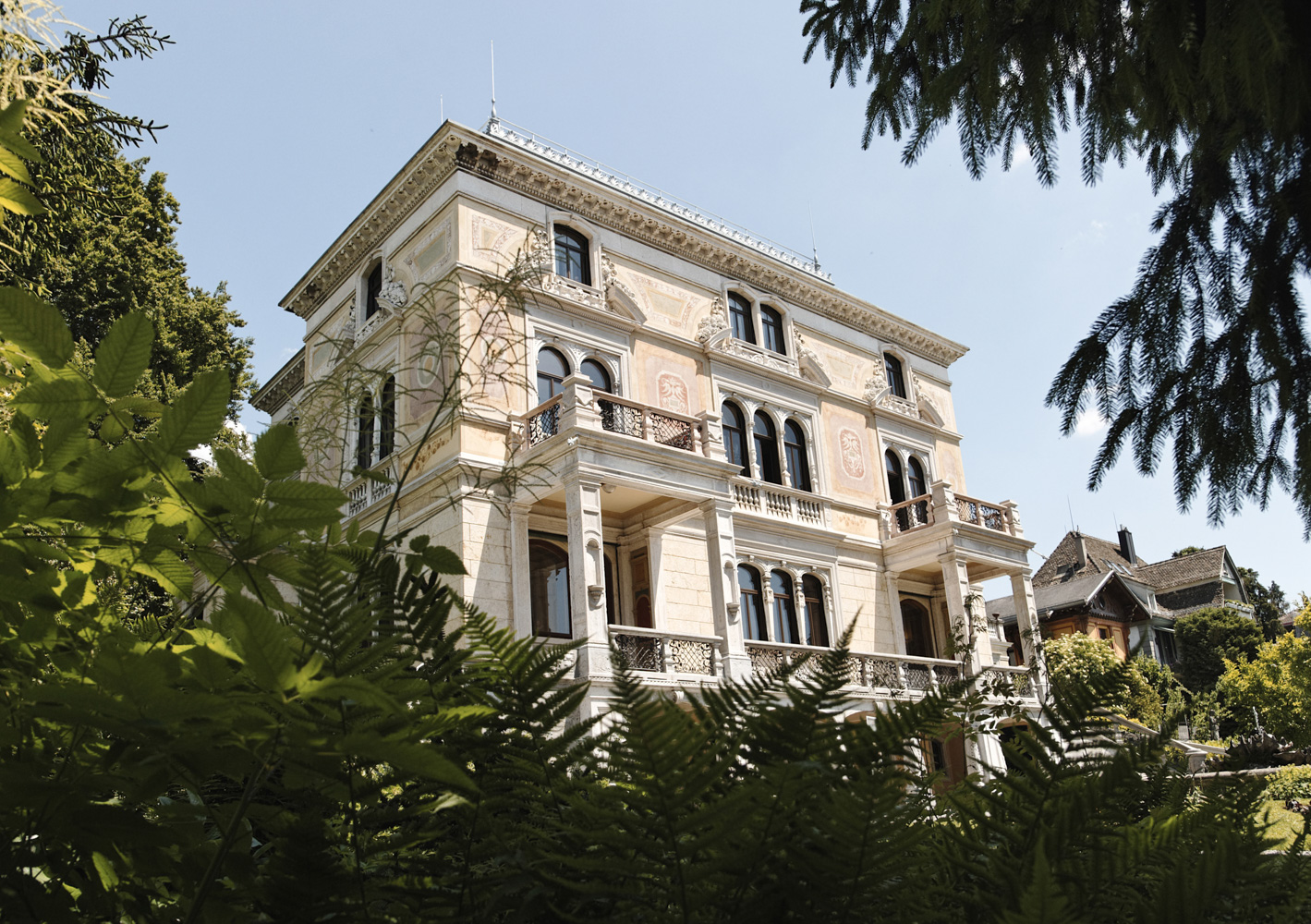 After the northern section of the grounds was sold in 1929, a fence divided the garden into two parts for decades. Since 2013, the park can once again be experienced in its entirety. Lis  Mijnssen, the owner of the private part of the park, attached great importance to embedding the new buildings by the architectural firm Miller & Maranta in the historic surroundings of Villa Patumbah. This enabled the park to be reconstructed according to the original garden plan of 1890 and made accessible to the public.

The Hammam Basar + Salon with restaurant is situated at the lower edge of the park on Mühlebachstrasse. 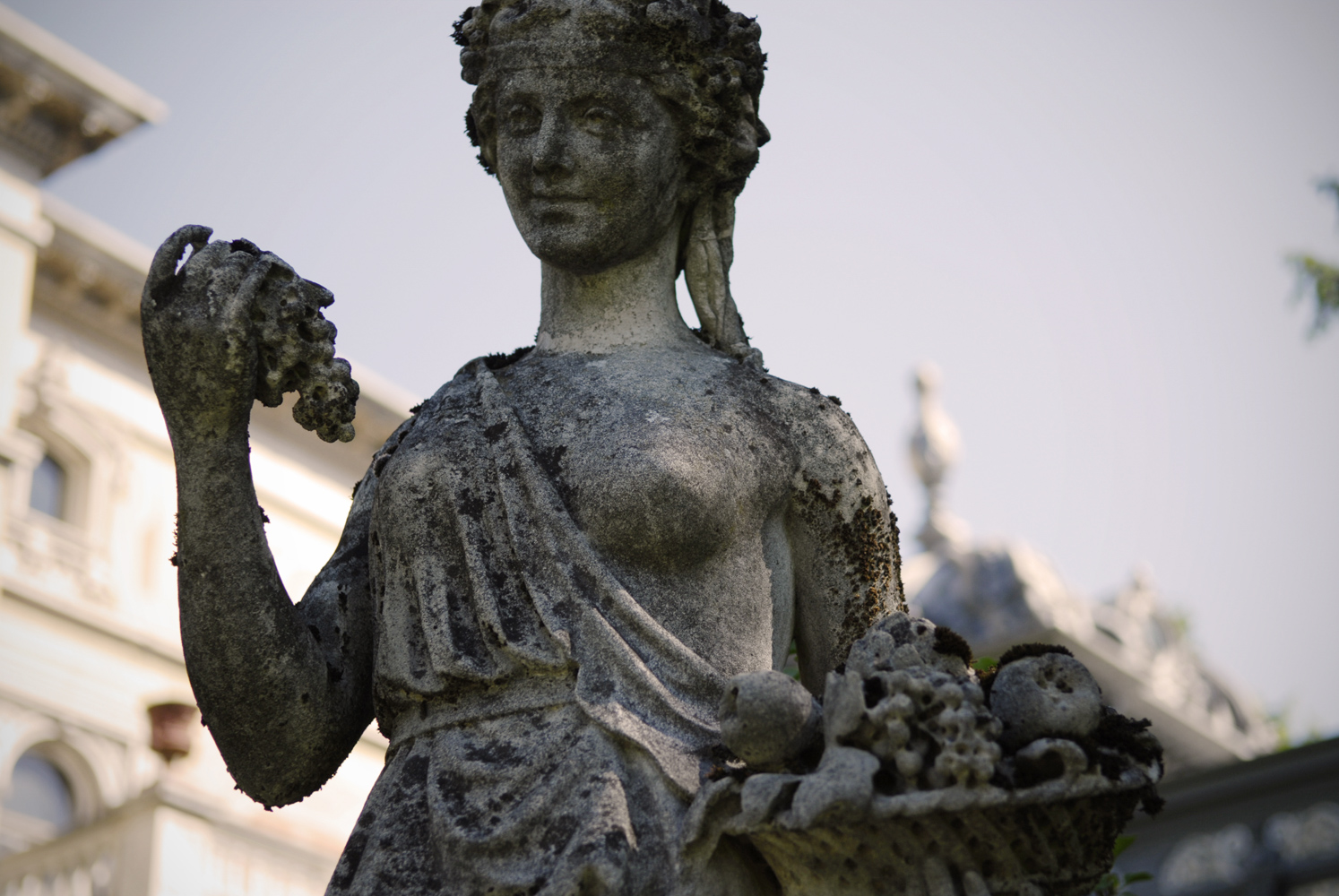 Offers for the villa and park 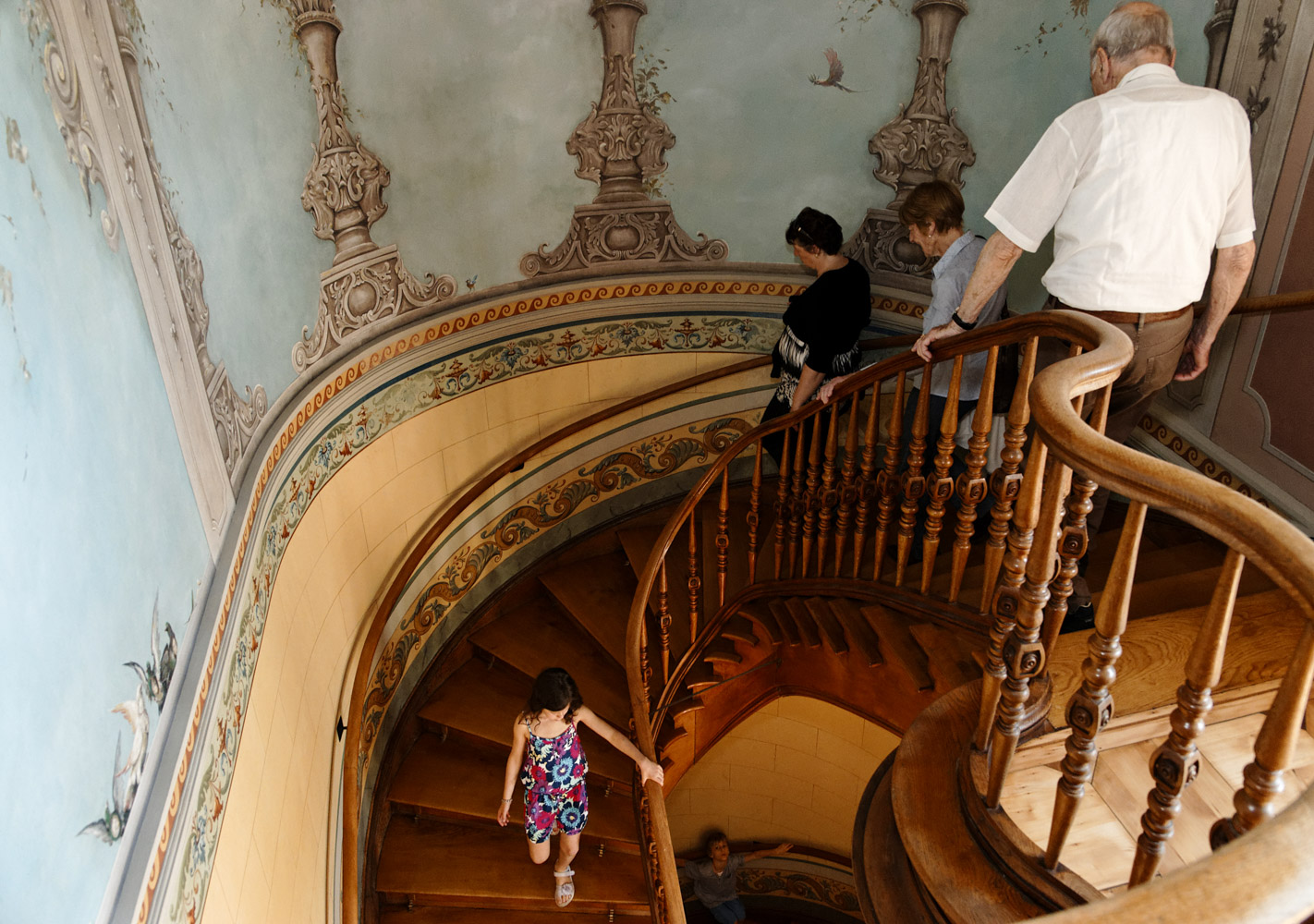 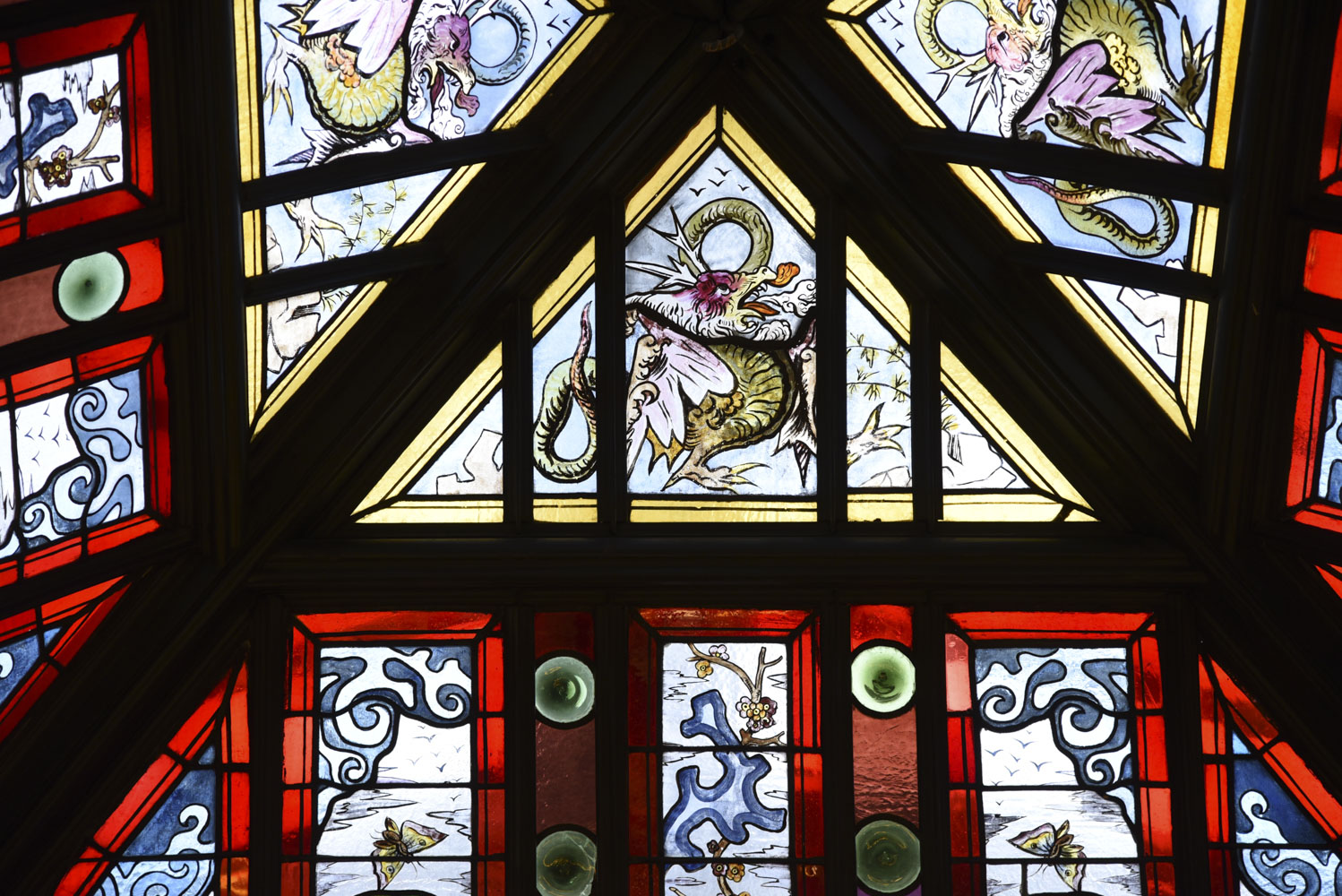 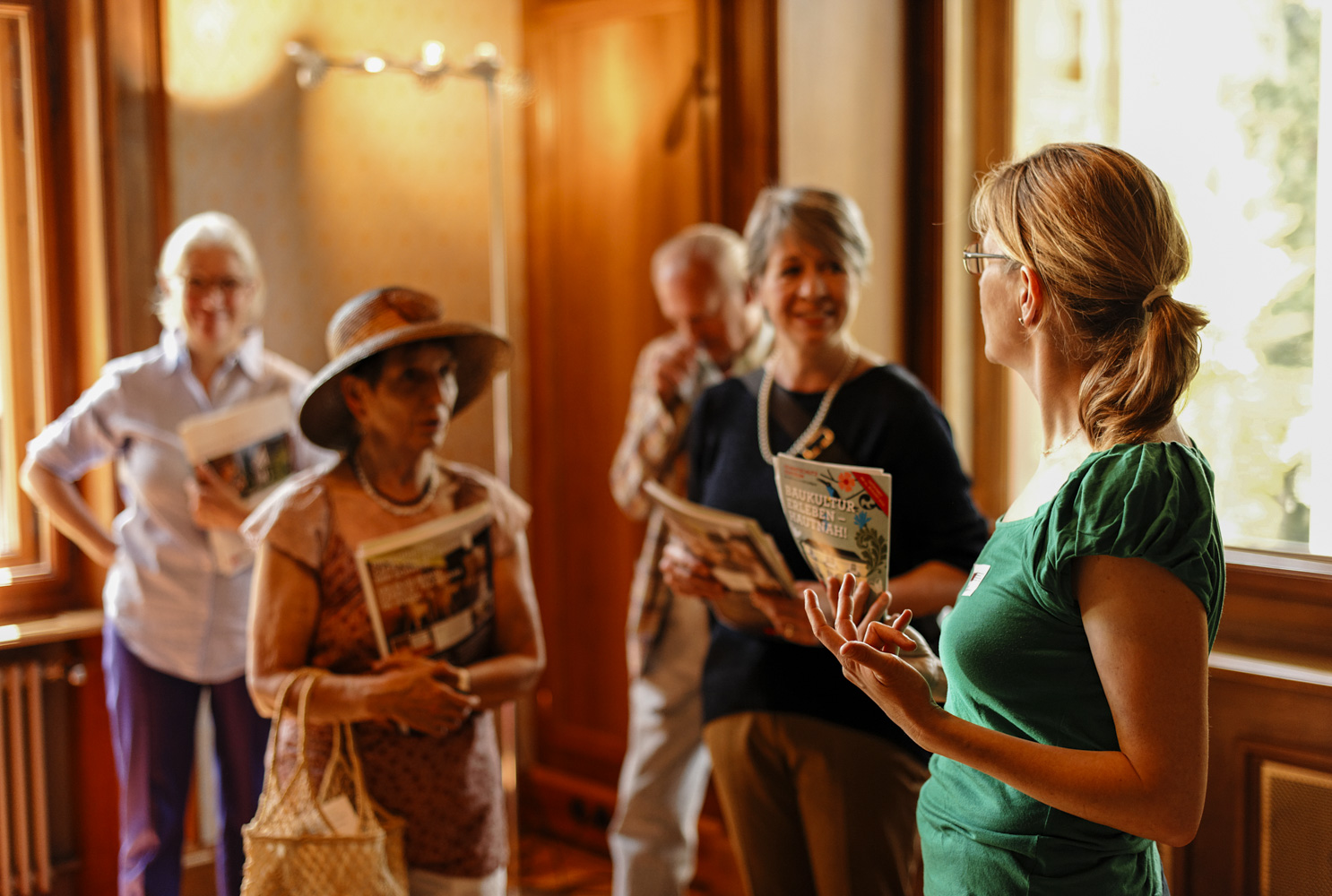 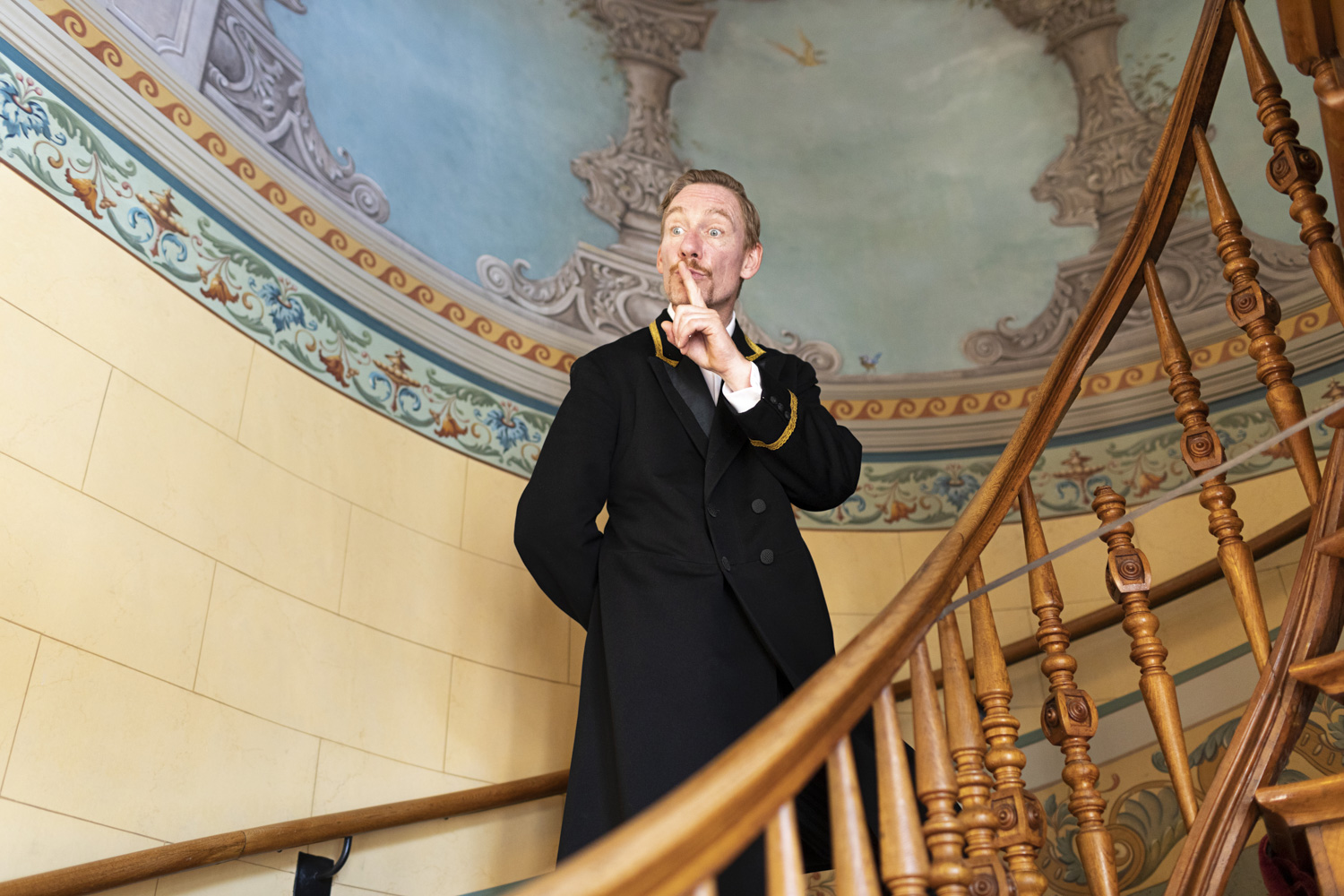 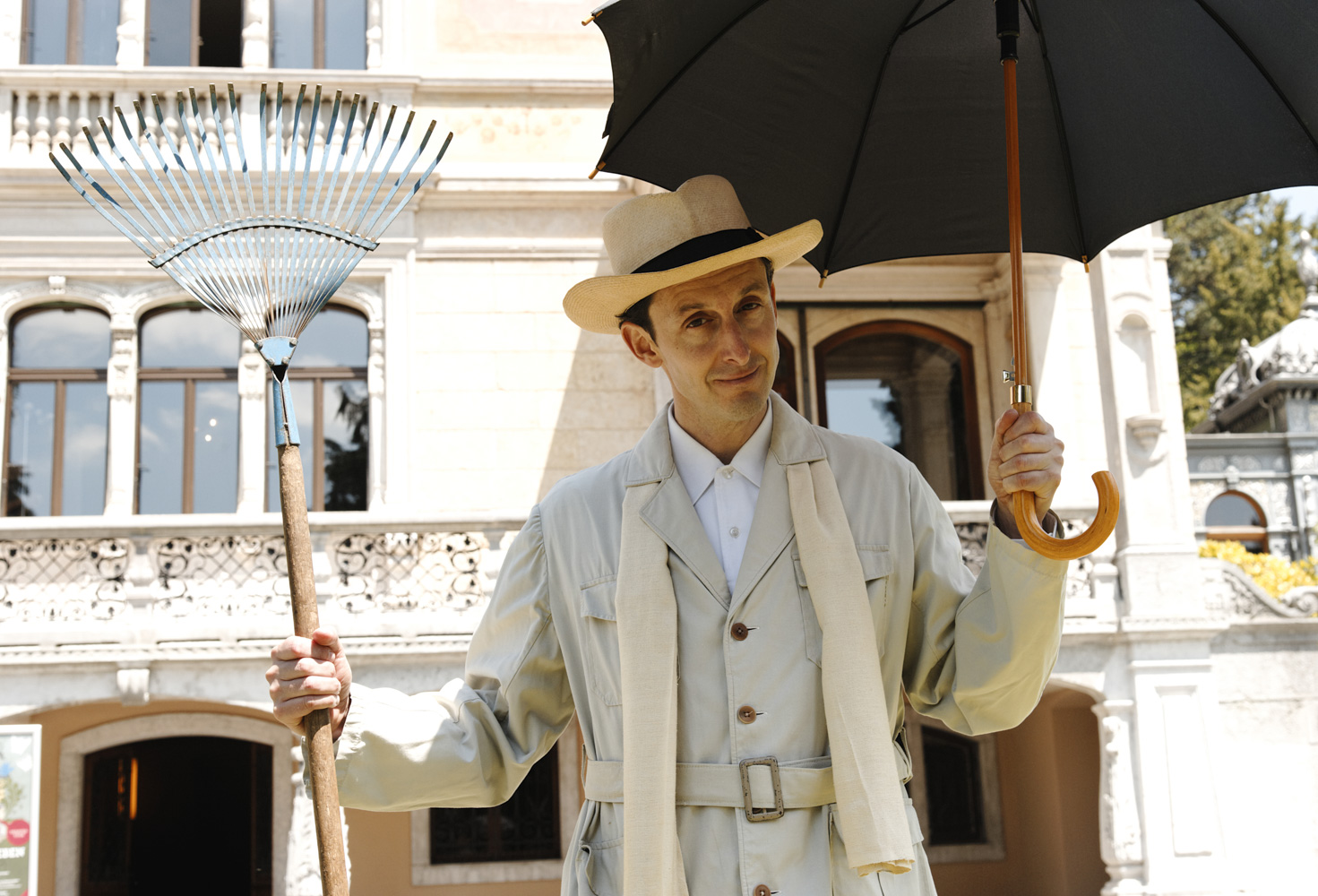